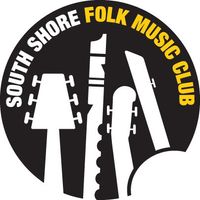 South Shore Folk Music Club is in their 43rd year of presenting folk music to the area. On this evening there will be a Coffeehouse feature performance by Chuck. He will play songs from his 'Stories I've Told' in a 45 minute set that will also highlight a song or 2 by the late Michael Troy. The South Shore Folk Music Club has an all-volunteer non-profit dedicated to bringing live music to the South Shore. This season we are celebrating our 41st anniversary! That makes us one of the longest running all-volunteer folk music clubs in the country. Tickets at the door, $9 members, $10 Public